UAS can be used for search- and-rescue operations, to monitor and assess critical infrastructure, to provide disaster relief by transporting emergency medical supplies to remote locations.

INGD and AMOVANT colleagues who attended the training are currently working on the damage assessment from Tropical Storm Ana, which made landfall in Mozambique on 24 January 2021, using their newly acquired skills and knowledge of Micro UAS technologies by supporting the infrastructure, rebuilding, and helping the affected communities.

According to the latest information released by the National Institute for Disaster Risk Management (INGD), more than 200 people have been injured, 38 have been killed, and over 126,265 hectares of land have been damaged by heavy cyclonic rains and flooding, which is a normal annual phenomenon in the region.

Originally scheduled for June, the two-week course was postponed twice due to COVID-19. The training included international best practice lectures on topics such as meteorology, human performance, theory of flight, as well as scenario training involving the operation of UAS and managing the data obtained. This data was used for mapping and to support emergency response operations.

Attendees learned to operate UAS safely and effectively and how to make best use of the data obtained in emergency response and humanitarian crisis environments. 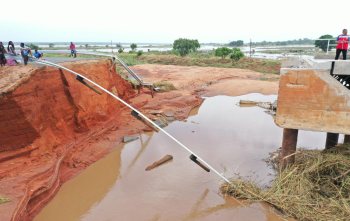 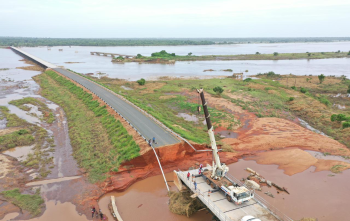