Providing strong central leadership, the Chief Information Technology Officer (CITO) is the most senior manager responsible for the overall direction and performance of information and communications activities in the United Nations. The CITO’s overarching role is to create and sustain a set of shared views, programmes and values, and to implement innovative technologies to support and facilitate the work of the Organization.

As per resolution (A/RES/69/262), all Secretariat entities report to the CITO on issues relating to all ICT activities, resource management, standards, security, architecture, policies, and guidance.

Mr. Mariano brings to the position 28 years of experience within the United Nations system and international organizations, most recently serving as the Chief Information Officer and Director for Digital Health and Innovation at the World Health Organization (WHO), where he led the organization’s digital transformation journey, leveraging digital technologies and innovations to accelerate the achievement of WHO strategic goals.

He started his career in 1993 with International Organization for Migration (IOM) in Mozambique and continued with IOM in Haiti, Mali, Angola, Kenya, Kosovo and South Africa in addition to Geneva, Switzerland before joining WHO in 2018.

He holds a Master of Science in Global Management from Salford University (United Kingdom), and a Bachelor of Science degree in Electrical Engineering from the Eduardo Mondlane University in Mozambique.  Mr. Mariano is fluent in English, Portuguese and Spanish, with a very good knowledge of French. 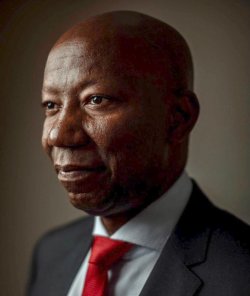